A shark is a fish that is characterized using three groupings.

The first characteristic is its cartilaginous skeleton, followed by the number of gill slits on each side if its head and thirdly whether its pectoral fins are fused to its head.

There are almost 500 shark species with the vast majority living in salt water.

Their sizes range from the dwarf lantern shark less than 20 cm in length to the colossal whale shark measuring in at a gigantic 12 meters long.

They have an average lifespan of 25 years existing in seas at incredible depths of 2,000 meters.

Sharks breathe through gill slits, their teeth sets are replaceable, and shark skin is covered with tooth-like scales called denticles.

The strength and flexibility of dermal denticle covering improves a shark's underwater dynamics and helps to resist parasitic infection. 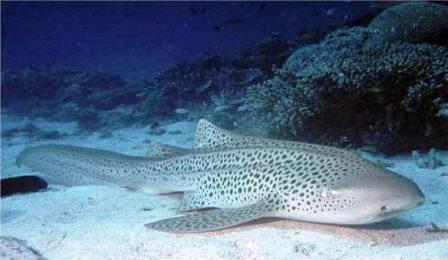 A few species fulfill the perceived role of a solitary hunter. In fact most sharks live sedentary lifestyles socializing in large schools.

They respond to close approaches and high threat levels using a display of exaggerated thrashing and swim movements.

It is not unusual for a shark to roam the ocean covering over 1,000 miles each year.

Recent reviews suggest that their complex migration patterns are similar to that in birds.

In a predictable less risky environment, the benefits of producing fewer but fitter strong offspring may contribute to their 400 million years of existence on earth. Shark birth rate (fecundity) is as low as 2 per cycle or more than one hundred in some species.