Current estimates suggest that more than 100 million sharks per year are slaughtered for their meat products and fins.

Shark extinction is now becoming a real and imminent threat.

Shark meat continues to command such a high market price that certain endangered species are being brutally killed almost to disappearance, especially throughout Asia.

The International Union for Conservation of Nature (IUCN) reports 30% of all sharks (around 500 species) face extinction within the very near future.

Despite sharks having a ferocious man-eating reputation as portrayed in the 1975 thriller 'Jaws', in fact shark attacks kill humans less times per year than tiny ants, pig attacks, or lightning strikes.

So why are these majestic carnivorous fish killed so ruthlessly and in such high numbers.

One reason they need conservation is due to the historical past and status symbolism of serving shark fin soup. Even though its fin is relatively tasteless it continues to be rated as a delicacy within the Chinese and Asian population and shark fins often fetch $50 per kilo.

Shark finning is extremely wasteful and some might call it barbaric. After the fin is cut off, the helpless fish is discarded back into the ocean to die a slow and merciless death. Currently, finning threatens oceanic white-tips, hammerheads, and porbeagles the most. 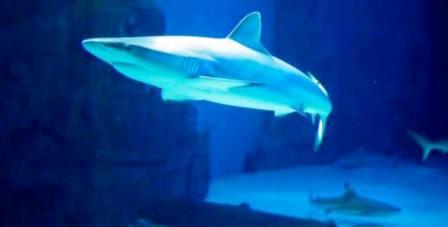 The global argument for saving sharks rumbles on and the survival of the species currently rests on the shoulders of a minority of caring animal conservationists and shark lovers.

To help support those who are trying to save and protect them from possible extinction, we highlight some ways that caring individuals and concerned activists can tip the balance in favor of this truly fascinating yet imperiled creature.

5 Decisive Ways to Help Save Sharks

In 2013 the Convention on International Trade in Endangered Species (CITES) helped to ban finning to protect shark populations in some countries and won the protection of several endangered species.

Shunning the international trade in shark products are helpful and supportive to conservation groups trying to end finning, such as the Ocean Conservancy.

You can help the cause by making a financial donation or by freely signing local governmental and international anti-shark finning petitions.

You might be surprised to learn most sharks are caught by the United States and some of the EU. Supporting legislation and shark conservation groups does not necessarily mean becoming a statesman or lobbyist. You can still make your vote count.

3. Stand Up For Sharks

Shark species are often portrayed by the world's media as bloodthirsty evil creatures that viciously attack humans unprovoked. Standing up for sharks means not supporting restaurants and stores which trade in shark and ray products. Let your voice be heard by action and take your business elsewhere.

4. Educate Yourself and Others

Educating yourself and your friends about shark protection and conservation are important and effective for several reasons. It is relatively easy to join discussions and it emphasizes your passion about saving the most threatened of their species and why they are worth safeguarding. Spreading enlightenment and teaching others increases your awareness and shark IQ.

Probably the most effective action to show your support is to abstain from purchasing and eating shark products. The fishing industry is fueled by the demand for their meat, leather, liver oil, jaws, and teeth.

Squalene and cartilage is used commercially in beauty products and reducing the demand for these commodities will help to save shark species.

Staggering Shark Facts to Think About?