There is a difference between a marine reserve and a marine park. Marine reserves are sea areas that have legal protection from development and fishing activities.

Marine parks do not generally have the same legal status, although most marine parks also qualify as marine reserves.

Marine reserves are important because they provide safe areas for animals to live and breed.

As a result, nature is left to thrive which encourages different species to co-habitat.

Safe reserves also allow research into the effect that humans have on fish stocks and the marine environment. Scientists compare untouched thriving areas with areas that suffer from diving, sailing, and fishing.

The Difference Between Marine Reserves and Marine Parks 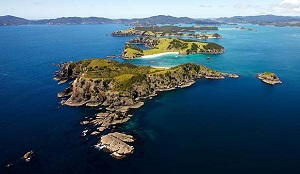 Most reserves begin with marine park status before they attain full protection by legislation.

A marine park gets protection against human activities, when it is considered an area of ‘outstanding natural beauty’.

This includes banning water-based activities such as scuba diving, snorkeling, sailing, and other water sports.

Large areas of our oceans and precious coral reefs are slowly dying from human influences and pollution. Governmental agencies in many countries are addressing the problem by introducing laws to protect the natural underwater world.

Declaring more marine reserves – not parks – will help to restore the ecosystems to their former glory. A review to consider whether the reserve needs further protection or whether it may be downgraded to a marine park, and re-opened to the public, usually takes place after a five-year exemption.

The cycle of conservation and protection is similar to a fallowed field, whereby the cycle of restoration and rejuvenation benefits everyone, eventually.