The seahorse’s odd body shape and its awkwardly shaped head do not make it a stealth-like swimmer.

In fact, they are the slowest swimming fish and because they swim in an upright position, they appear unassuming ‘sloth-like’ swimmers.

However, a scientific study in marine biology now confirms that seahorses are predatory stone-cold ferocious killers.

This conclusion results from studies at the University of Texas. The research team used a 3D technique to capture water movement during the seahorse feeding habits. Particle Image Velocimetry (PIV) captures holographic imagery utilizing a high-speed digital camera and a laser microscope. See the killer video link below.

The seahorse is one of the slowing moving fishes known to scientists. Yet, despite the fact that they are notoriously awkward and ridiculously inefficient swimmers, they can effectively overcome these seeming limitations.

They feed mostly on copepods, which are one of the fastest swimming creatures in the water. Copepods avoid capture by zipping away from their predators at an astonishing speed. 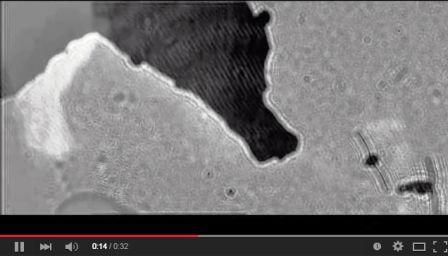 Water movement alerts the copepod of imminent danger. Seahorses move so slowly and sneakily that their movement is broadly unnoticed and undetected by copepods.

The seahorse's movement in the water is so sneaky and stealth-like; it stalks silently and can get incredibly close to the copepod.

The copepod rarely senses the danger and falls prey. The seahorse rapidly jerks its head in a forward motion consuming the tiny plank-tonic crustacean.

Similar to a wake-less boat moving through water, the seahorse's ungainly head structure - morphology - glides towards its prey with almost zero disturbance to its surroundings.

Similar to a wake-less boat moving through water, the seahorse's ungainly head structure - morphology - glides towards its prey with almost zero disturbance to its surroundings.

Astonishingly, in ideal conditions the seahorse fails to consume its intended victim only 10% of the time. This incredible fact proves the seahorse to be one of the ocean's most ferocious predators and deadliest killers.

What makes it possible for one of the slowest marine fishes to diet almost exclusively on one the fastest moving creatures in water? The answer lies in the unique shape of the seahorse’s head and the technique it uses to move towards its prey.

Copepods and other tiny microscopic organisms are hydro-dynamically sensitive creatures because of evolution. This means they are sensitive to approaching animals and can detect the slightest of wave movement.

If the copepod detects water motion, it reacts by jolting away. Their trigger response is around 500 body lengths per second. It may not sound very fast but it equates to a human swimming around 2,000 miles per hour.

The seahorse’s unique morphology allows its head to move through water creating a reduced deformation zone. In simple terms, this essentially perfected shape means that its movement does not create a wake zone, similar to some streamlined boats.