Why Dive Buddies call me 'SCUBACOP'

Scubacop - it may sound ominously important, however the quirky nickname was awarded to me a long time ago and it was meant as a compliment.

I should give a brief explanation of my professional background which is relative to the circumstances behind the affectionate moniker.

I passed the PADI instructor examination to become a scuba professional in Thailand 2002.

Although I had aspirations of using my new diving career as a springboard to traveling around Southeast Asia, I was lucky enough to be offered employment by the PADI Career Development Center in Phuket where I was trained. 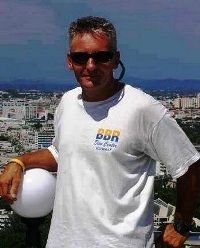 The scuba training that I received was first class and thorough.

I felt well prepared and confident enough to teach the range of diving courses to customers of all ages.

The most important attributes that I took with me into the world of teaching were professionalism, honesty, reliability, punctuality, and friendliness.

But the underlying thread that I used in all of my lessons was - safety.

PADI diving standards are created to enforce the safeness of the fun sport of scuba that we love so much.

After a few years of comprehensive teaching, and following the devastating Tsunami in Phuket December 2004, I relocated to a different area in Thailand, the popular tourist beach resort on the eastern seaboard known as Pattaya.

Diving in Pattaya is generally less intense than other destinations in Thailand and if I say that I found the scuba safety standards were less 'stringent' than I had been used to, I would be making an understatement.

Politely and firmly, I found myself encouraging the dive shop staff to improve their commitment to the safety rules and scuba training regulations.

It appeared that there was a PADI Policeman in Pattaya and I became affectionately known as the 'SCUBA COP'.