Most Scuba Divers are curious about the tantalizing challenges that Wreck Diving offers.

Forming historic ghosts of the past, shipwrecks are usually preserved on the seabed providing safety and shelter for the local marine life.

As they develop into artificial reefs under water, they can often be found covered in coral and teeming with fish.

Naturally, the majority of wrecks are military ships which offer scuba divers a glimpse into a previous life that most people know little of.

Shipwrecks tend to lay in deeper water which sometimes makes them only accessible for experienced and technical divers, however there are numerous interesting wrecks found in shallower depths, too. Some of our favorite wreck dives include; (our opinion only and we welcome your replies) 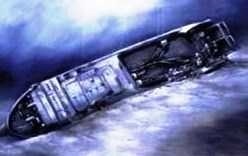 The Zenobia Ferry sank very close to the Island of Cyprus in the Mediterranean on her first voyage in 1980. It's reported that the computerized ballast system had a malfunction which caused the tragedy.

Although it was a simple 'roll-on roll-off' ferry, the Zenobia sank with more than one hundred articulated lorries on board and various other small vehicles.

A massive shipwreck at 178 meters long, this wreck provides an amazing underwater structure for scuba divers to explore. Divers can visit the accommodation deck and the canteen area and it’s even possible to sit in the ship’s lifeboats.

With its cargo perfectly preserved, the diving highlight is surely seeing an egg lorry 30 meters below sea level?

One of the best intact wrecks in Australia and resting in the diving haven of the Great Barrier Reef, the Yongala was a passenger steam ship and suddenly went down during a cyclone in 1911.

Unfortunately killing all on board, as well as its historical interest, the Yongala hosts an amazing variety of fish and marine life and is most famous for its sea anemones and clown fish. This superb artificial reef boasts ten times more fish species than most simple reef dives. 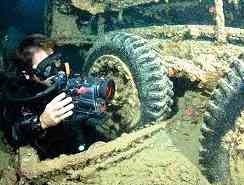 The Red Sea in Egypt is an area of incredible scuba diving of all kinds but the Thistlegorm Wreck is probably one of its most famous dives.

The vessel was a British ship that sank in the Gulf of Suez in 1941.

It was transporting supplies to the British army and the cargo included Jeeps, Rifles, Gun Carriers, Radio Equipment and Wellington Boots.

Equally amazing from this dive in the Red Sea is the great fish-spotting, with schools of barracuda, snapper and giant tuna regularly seen.

Scapa Flow in the Orkney Isles is home to a huge variety of shipwrecks, mostly from the German High Seas Fleet of almost 100 Battleships.

The fleet size and the high number of submerged vessels is the main attraction with so many wrecks to choose from and underwater visibility can be thirty meters which is extremely high for UK waters.

The largest wrecks are the Kronprinz Wilhelm, Markgraf and the Konig measuring 177 meters long. 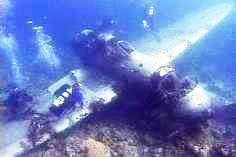 Many of the remains of the Japanese fleet which include over 60 ships and planes that were attacked by the US in 1944 rest at the bottom of the Truk Lagoon.

Probably one of the best known is the Fujikawa Maru, a 132-meter long freighter laying in shallow water with the top of the wreck at 9 meters.

The bottom of the wreck is at 34 meters which puts it within reach of all recreational scuba divers.

Colorful corals grow all over its decks and you may still find fossilized sake bottles and although the engine room is a fascinating adventure, wreck penetration diving is only suitable for divers with the right training and equipment. 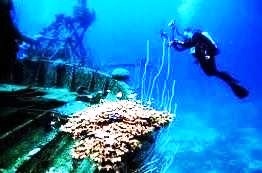 There’s something fascinating here for all divers and probably the most spectacular wreck is the USS Saratoga.

At 300 meters long, this aircraft carrier is larger than the Titanic with eight deck levels and its almost still intact.

The ship was sunk during the first underwater atom bomb test in 1946 and if you get the opportunity to dive down the elevator shaft you may also approach the hangar past parked airplanes, bombs and rockets. There are many personal objects still remaining such as coffee pots and aftershave bottles.

Stretching almost 200 meters long, this large wreck is highly accessible because it sits between 20 and 40 meters deep.

The Coolidge was a luxury liner that was converted to be used as a troop ship by the US but it sank in 1942 when it collided with mines.

The masses of military armament such as guns, trucks, tanks, helmets and gas masks make this an amazing underwater exploration.

Medicine bottles and syringes are visible in the medical area and you can also see the captain’s bathroom with other relics such as a mosaic fountain still remaining intact despite the relentless weathering of the sea.

The Andrea Doria was an Italian passenger liner and is commonly regarded as the ‘Mount Everest’ of Scuba Diving.

Sunk near to Nantucket in 1956, this was the last of the great ocean going vessels before the modern age of air travel.

It rests at a forbidding depth of more than 70 meters and is only accessible for the very experienced technical divers.

Fifteen lives have already been claimed by this wreck and those who dive on it will find a ship that is crumbling rapidly, though china and glass are occasionally recovered and revered among scuba divers.

Sometimes called the mighty 'O', the Oriskany was intentionally sunk off the coast of Florida near to Pensacola in 2004.

It now functions as the world’s largest artificial reef at a whopping 275 meters and this ex US army aircraft carrier was actually used in Vietnam.

The flight deck is at a depth of 40 meters making it available for divers with more experience, however the bridge and gun platforms are visible at much shallower depths with groupers and tuna gathering all over this ship. 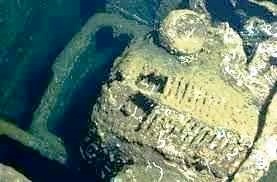 Another great shipwreck resting in the Red Sea is the Umbria.

This was an Italian cargo ship that sank in 1940 and it sits in a quieter region of the Red Sea than Sharm-El-Sheikh.

At a shallow depth of 5 to 35 meters, maybe the Umbria provides a perfect wreck dive as she is small enough for divers to cover the basic layout in one dive.

Scuba Divers descending on this wreck may find Fiat cars, lifeboats, wine bottles and munitions and divers with wreck penetration training can reach the engine room and bakery.