There are more than five hundred different species, which have differing branching patterns.

The polyps spread outwards, usually across the prevailing currents, creating a large area to sift plankton and ensnare prey. 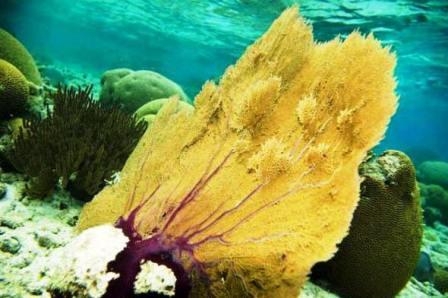 Although there are hundreds of Gorgonia species, they differ by branching patterns and all reach a height of approximately 60 cm.

They are commonly found in oceanic shallow water and thrive to abundance in the Atlantic regions of Florida and Bermuda.

The larva disperses from the colony before it metamorphoses into full term adult form.

The continuing development of new polyps eventually creates the sea fan colony. This metamorphosis is scientifically known as asexual budding.